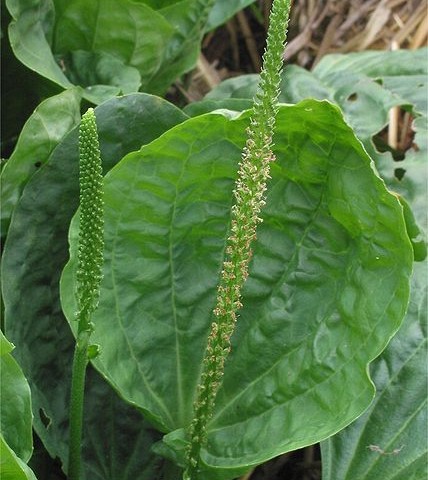 Broadleaf Plantain is a shallow mostly fibrous rooted perennial. The leaves which develop in a rosette are large oval shaped with predominant veins. Broadleaf plantain is similar to several other plantain species, but does not have the purple color at the petiole of the leaves. The main growth period for broadleaf plantain is from June through September.